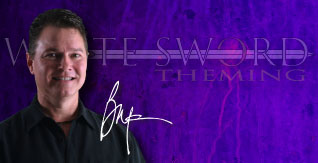 Bryan S. Sedwick, CVO/Administrator
For his entire career Bryan has worked in and around the executive level of business. His missions more... 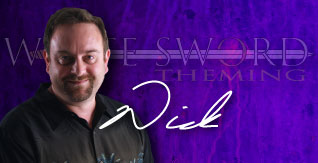 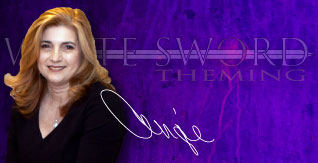 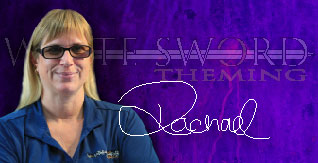 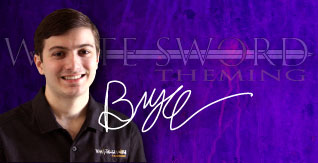 Bryce S. Sedwick, Administration
Bryce was raised in an entrepreneurial family and as such has been exposed to the positive attitude more...

Stan Sedwick, Information Systems & Digital Interactives
Starting his professional career at Merrill Lynch at the age of 18 he was off and applying his more... 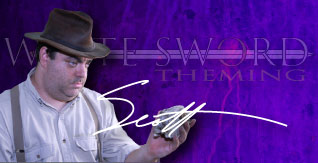 Once upon a time in a land far away...

There was a kingdom with a rather ordinary space that no one came to see or appreciate. Then one day there came a creative man who looked upon this space and said, "if only this space were to have a theme, some style, and some color" people from far and wide would come to experience it and love it. The man approached the King and asked for permission to theme the ordinary space into something that all of the people in the world would enjoy. The King, so enthralled by the idea that ordinary could be overcome, said "yes, absolutely"!

The creative man headed off to design, fabricate, and install the most magnificent themed space the King had ever seen. When the King saw the transformation a tear of joy came to his eye. He was truly amazed. The creative man had kept his word and delivered something so spectacular that a simple thank you would not do.

As a gesture of his eternal gratitude, the King took off his ring, drew his white sword, held them high in the air, and proclaimed "from this day forward you will be known as White Sword Theming". The creative man took one knee before the King and held his hands out. The King placed these most generous gifts into the hands of the creative man and said "rise up, take your White Sword, and spread your craft of theming all over the world". The creative man rose to his feet, nodded knowingly to the King and headed off into the happily ever after.

Well okay, maybe it didn't really happen that way but every good story needs a good theme... and a good themer to pull it off.