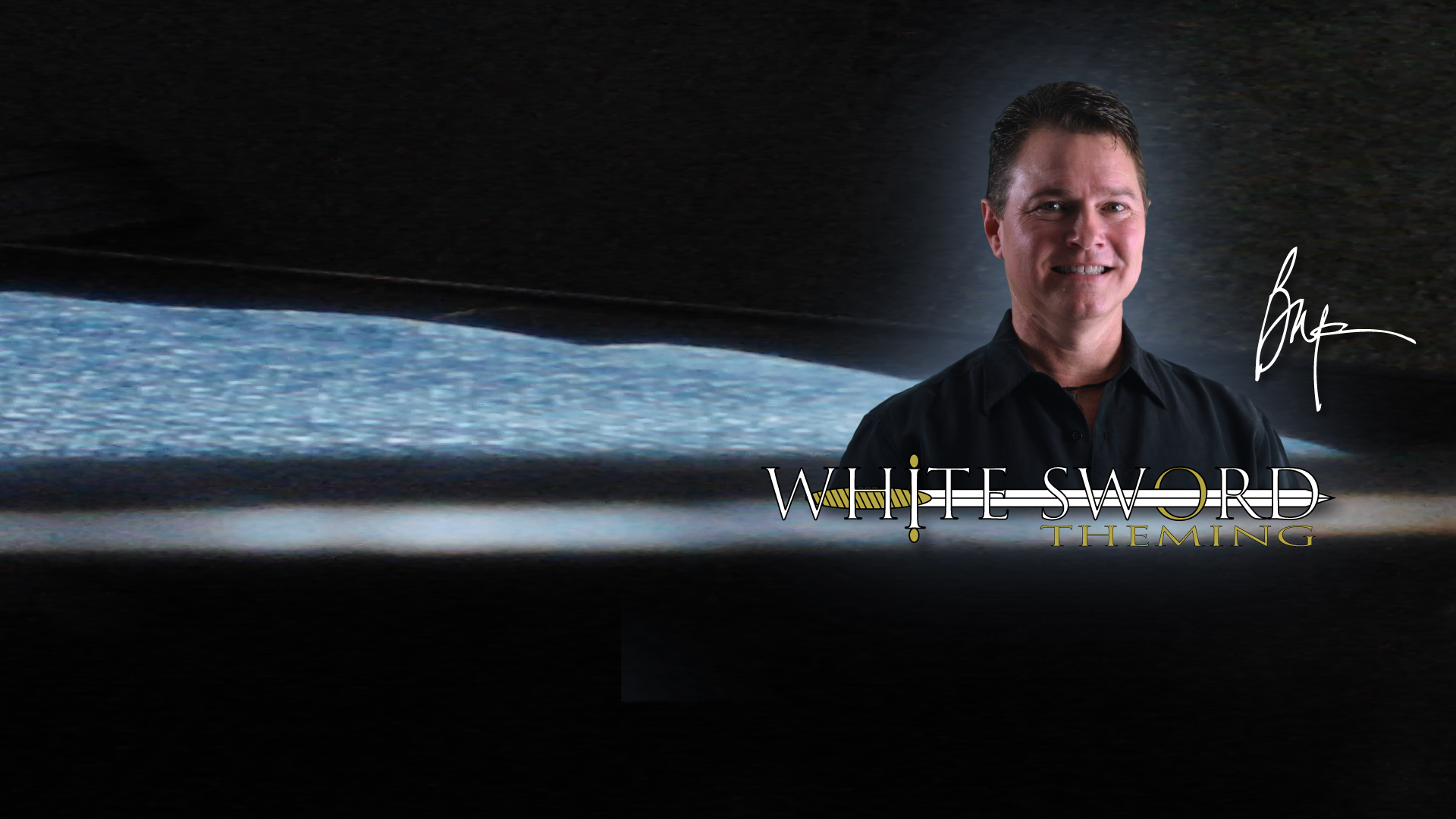 For his entire career Bryan has worked in and around the executive level of business. His missions have always been directly related to a bottom-line and many times his compensation was commensurate with profitability. Bryan has worked in both large-scale corporate and small business settings. He often gets asked, "Which do you prefer?" His response: size doesn't matter when the client is willing to work together to solve an issue and to grow.

Many years ago Bryan began to focus on start-ups and smaller ventures that were capitalized around the million dollar mark. His mission's were to execute a launch and get to a profitable operating position quickly. Navigating the political infrastructures of the internal and external resource pools to develop teams and relationships that would ensure the mission's achievement is a daily function. Bryan has been able to find, more times than not, a successful path through business process re-engineering, marketing campaigns, and a strict adherence to "the process". Each project that Bryan has developed resulted in improved efficiency, increased profits, and/or reduced expenses for the client with minimal disruption to the organization's infrastructure and culture.

In 1986, Bryan graduated college, Summa Cum Laude, with a computer science degree and founded his first technology company with focus on business consulting and systems development. In 1992, he expanded by starting another company that developed, implemented and maintained network infrastructure. This company soon began providing technology staffing solutions for large corporate client's IT departments. Bryan bought another company in 1993 that had an international niche market for consumer-based distribution accounting with a strong emphasis on EDI. In 1998 Bryan melded all of these different verticals together and started InTelesis. In 2000 he expanded again by adding a production division with a focus on commercial/infomercial production to InTelesis. Bryan is known for getting it done "right" and having a positive outlook regardless of the situation.

Bryan and his wife, Angie, and have been happily married since 1993. They have a son, Bryce, who has also been successful in his own business that he began at age 11. As a family they grow the business, travel, and consider themselves "non-pretentious foodies".

When asked what is the essence of his success Bryan answers "Business comes and goes; it's the relationships that matter". This must be why he has so many longstanding relationships; his clients typically become his friends. In fact, several years ago it was a friend/client who dubbed Bryan "SCBAB", which comes from his mantra - "Super Couldn't Be Any Better". 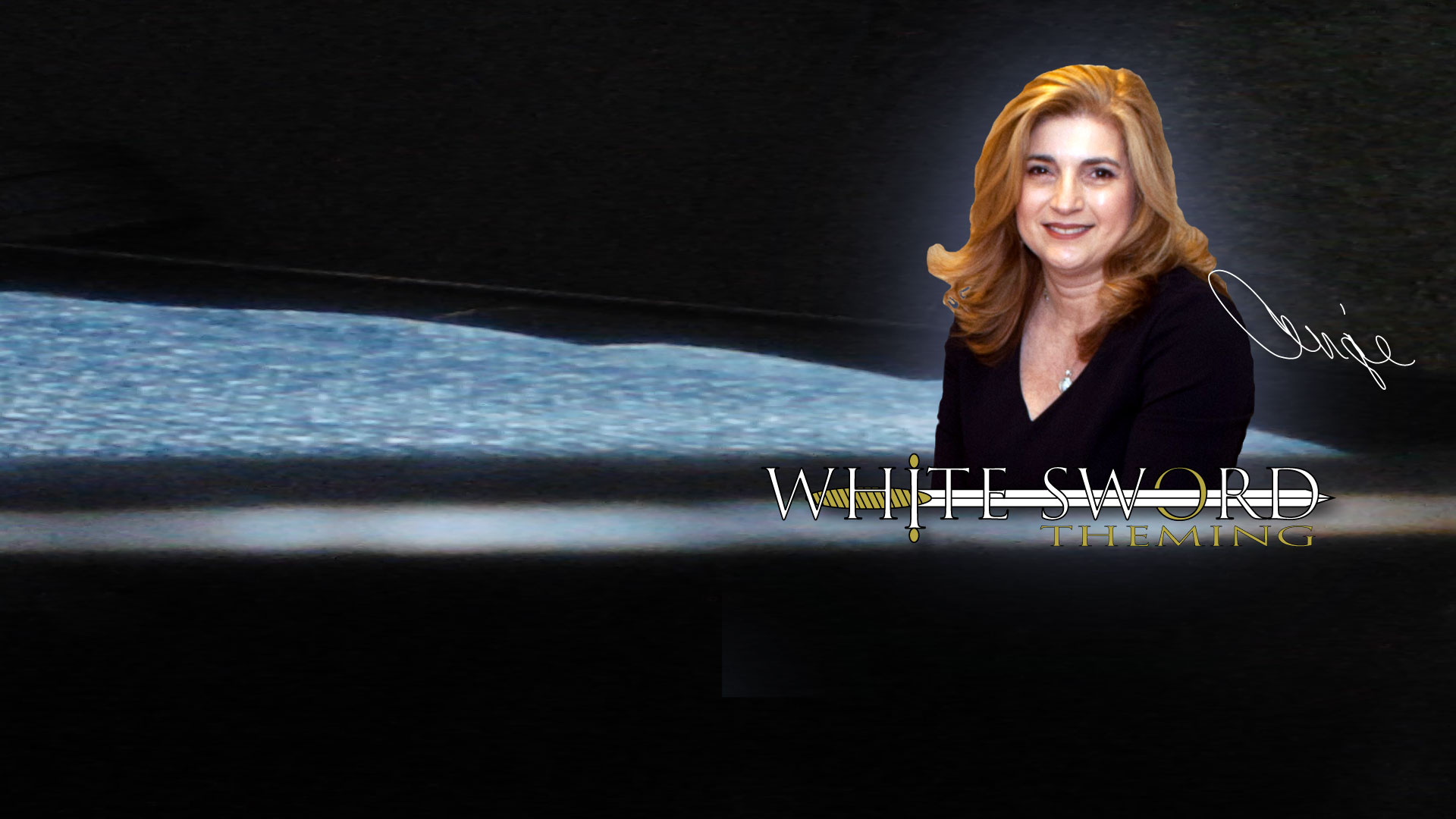 Angie has provided high-level, mission-critical data collection, storage, retrieval, and analysis for clients since 1992. Her diligence and tenacity have proven beneficial for many of their clients over the years; especially when the data didn't provide the answer the client was looking for and she had to develop a strategic path based on the actual data results.

She's quite competitive too! Angie started her higher educational journey with a "full-ride scholarship" for both basketball (she was a Point Guard) and academic excellence. In 1988 Angie graduated with a degree in Bachelor of Science in Psychology from Middle Tennessee State University. Perhaps it's that psychology that has honed her ability to see what she's looking for in the data so easily.

In the early 1990's Angie worked for a group of anesthesiologists providing logistical support services. Bryan was developing a system for that group at the same time. This is where they met and they have been together ever since. In 1993 She got married to Bryan and became the other half of their power-house consulting duo and has worked side-by-side with Bryan in all of their businesses since. 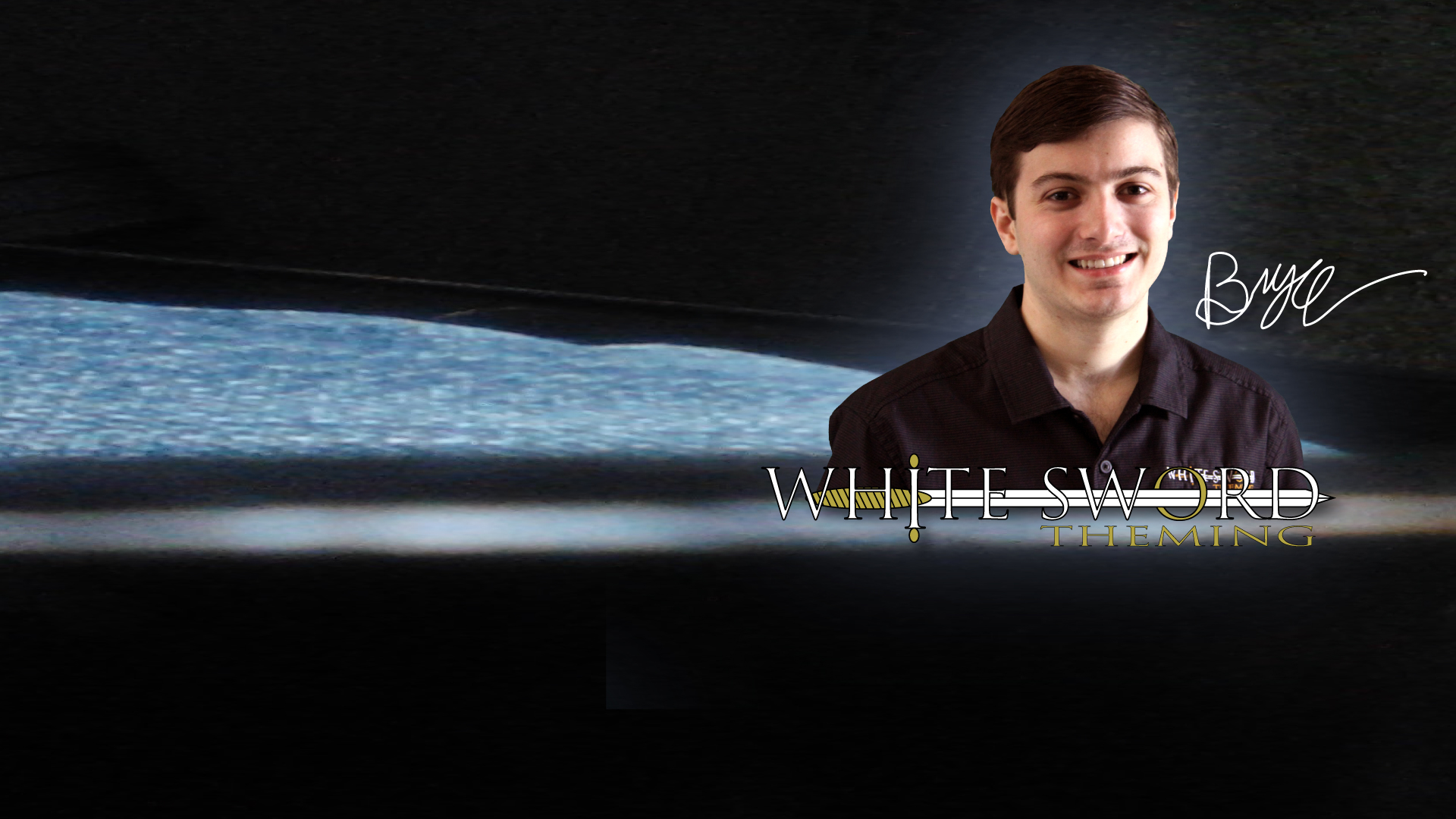 Bryce was raised in an entrepreneurial family and as such has been exposed to the positive attitude required to succeed for his entire life. At age 11 (2007) his family asked him what he wanted for his birthday, his answer: "a business". They, of course, were taken aback but were adroit enough to respond: "write a business plan and if the numbers prove, then we'll buy it". Now that may have been their nice way of saying no but the challenge had been laid and Bryce really wanted a business. So Bryce wrote a plan, he and his family validated the theories, and Bryce got his first business. Getting it was the simple part. The reality, Bryce's reality, became the knowledge that business is a complex collection of activities requiring quick, adept decisions at every turn; the more right decisions, the more success. Bryce asked himself "How can I make more right than wrong decisions?" "This is the question that executives ask themselves everyday and where the adage 'knowledge is power' comes from" says Bryce's mentor. Bryce's quest for knowledge began here; he decided to set a goal to reach the highest level of education possible - a Ph.D. in Business.

Bryce needed to develop another plan - an educational plan. At age 16 (2012) he visited many Universities met with anyone and everyone who could guide him towards the achievement of his educational goal. Bryce enlisted the help of family, teachers, counselors, and people from the industry. After that he met with university advisors to determine what the admission requirements were and his plan evolved around those requirements. To achieve it, Bryce took Advanced Placement, International Baccalaureate, and Dual Enrollment classes through the remainder of High School, which afforded him a diploma and an AA Degree simultaneously and, as planned, satisfied UCF's College of Business Program Prerequisites. At 18 (2016) Bryce sold his business to fund his education plan, entered UCF as a Freshman with Junior Standing, was inducted into Phi Kappa Phi, and was graduated with his BSBA (Summa Cum Laude) in Finance.

In 2018 Bryce achieved his MBA from the Crummer Graduate School of Business at Rollins College with a concentration in both Finance and Operations & Technology Management.

During his MBA quest, the Center for Leadership Development, which has been #1 in the nation for the past several years, recognized Bryce for his leadership abilities.

In addition to handling parts of the financial growth at White Sword Theming, he is commercializing some NASA technologies developed for space exploration. 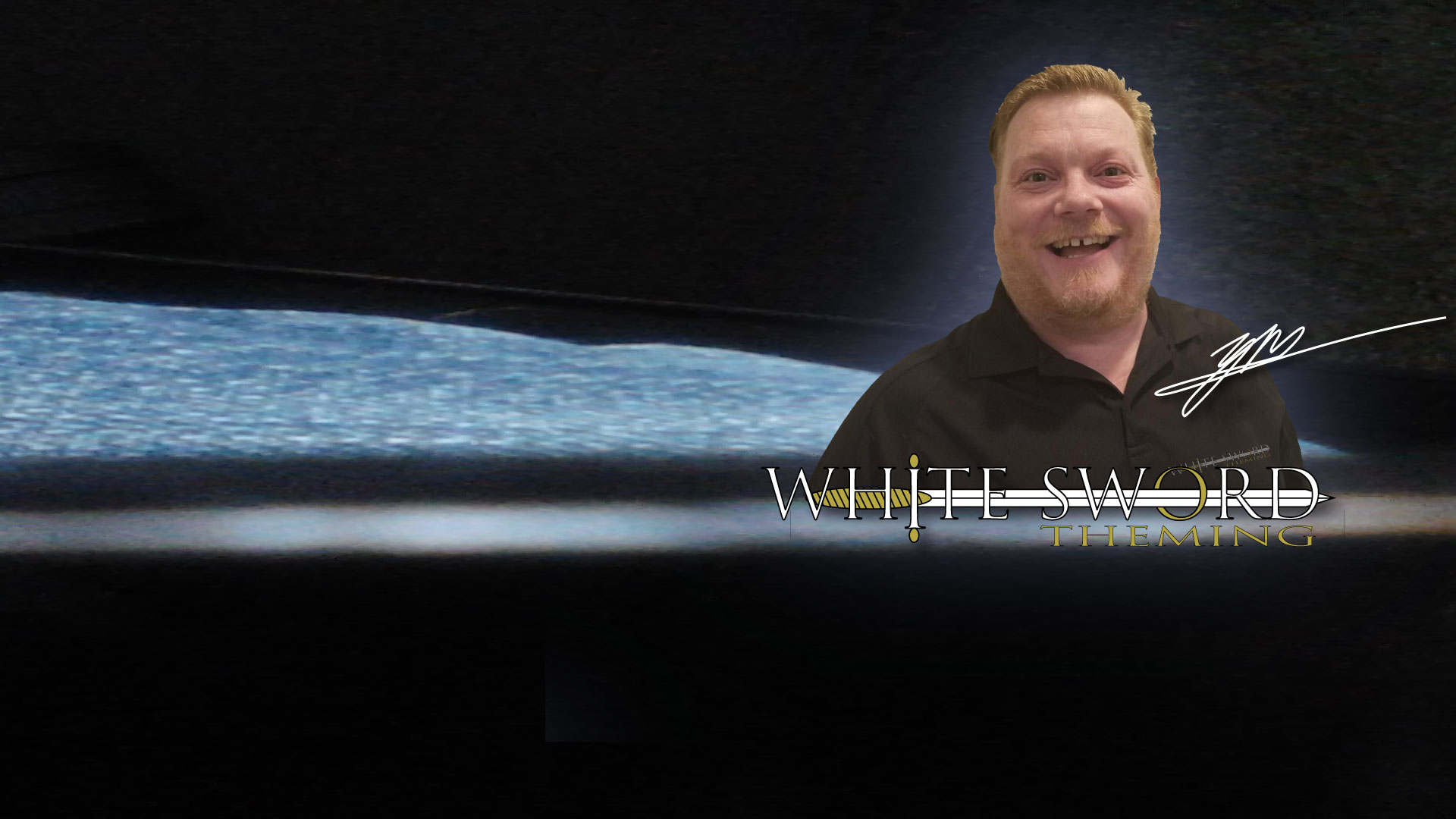 Stanley's story starts at a young age where little brother's envy reared its ugly head. "Follow me into the unknown and create whatever you can imagine", it seemed say. Being a musician and artist Stan had a God given talent to create, but needed more outlets. So Stan looked at that monster's shadow determined to prove his ability and devoured everything he could about technology and how to bend it to his will to keep up with it and hopefully, one day surpass it.

Starting his professional career at Merrill Lynch at the age of 18 he was off and applying his common sense knowledge towards technology and doing fantastic things while learning each new discipline as it came along. Custom software, systems automation, imaging systems; no project could contain him and so he ventured out. Other great companies fell in his wake like J.M. Family, InTelesis, Alltel and other's we can't contractually comment on. Client server imaging systems gave way to internet based access to data which then lead to Mobile App based systems. New devices and technology continued to emerge and he continued to learn. None of these companies were really able to fully satisfy the creative needs constantly driving him to do more.

During his corporate time he was commissioned on various artistic and musical projects creating physical art for clients, businesses and television shows. What became clear was a standard corporate environment was never truly an option. He needed to go where creativity can be new everyday, where every project has a different opportunity and where he could focus all of this energy on creating.

That is where White Sword Theming comes in. Stan is able to apply his creative thinking, knowledge, common sense, and expertise to our Theming projects, Applying his past corporate business skills with DAW, VR, AR, mobile interactives and PC interactives projects the new challenges and opportunities exist that can feed this hungry beast.